The ERA-Net SG+ initiative hosted a number of events at the European Utility Week 2017 (EUW 2017) at the RAI in Amsterdam, the Netherlands. The events were on the one hand ERA-Net SG+ internal events for invited participants and on the other hand public events such as the 3rd call launch event including presentations, a panel discussion and a networking event. Further, the family of ERA-Net SG+ projects was represented by two projects at the EUW exhibition ground.

The goal of ERA-Net SG+ is to fund RDD projects in the area of Smart Grids and beyond. The initiative launched its first joint call for transnational projects in 2015, 20 projects being awarded in early 2016, and a second call in 2016, resulting in additional 9 projects in early 2017. ERA-Net SG+ is an initiative involving national and regional funding programmes from 21 European countries and regions. The initiative’s funds for projects from the first and second joint call total 52,5 Mio EUR funds supporting the development of advanced solutions for the future energy systems across Europe. A third joint call for transnational projects was launched at the EUW on 14th of September and is open until 14th of November, 2017, for applications for transnational Smart Energy projects.

The European Utility Week represents a valuable platform for utilities to connect and discuss the trends of the future, giving significance to technology and market development in entire Europe. ERA-Net SG+ took the event as an opportunity to hold a number of internal meetings for invited participants on 2nd and 3rd of October.Two ERA-Net SG+ projects of the 1st call, namely Rigrid and EPR, represented the ERA-Net SG+ family of projects at the exhibition ground of the EUW 17.
Furthermore, the 2nd National Stakeholder Coordination Group Meeting and the 3rd ERA-Net SG+ Call took place:
ERA-NET SG+ JOINT CALL 2017 LAUNCH EVENT AND NETWORKING EVENT
On Thursday 5th of October the 3rd ERA-Net SG+ call launch event and networking event took place. The new joint call for transnational projects call, launched 14th of September is open for applications for transnational Smart Energy projects until the 14th of November, 2017. The ERA-Net SG+ call event started with an introduction by Michael Hübner (bmvit, ERA-Net SG+ Coordinator) and was followed by a presentation by Fredrik Lundström (Swedish Energy Agency, ERA-Net SG+ Vice Chair and Call Management) and Karina Barnholt Klepper (Nordic Energy, ERA-Net SG+ Call Management) on the 3rd ERA-Net SG+ joint call, the initiative and the call requirements. Afterwards a panel discussion was moderated by Ludwig Karg (B.A.U.M. Consult GmbH, Head of ERA-Net SG+ Support Team) with Marco Aiello (Johann Bernoulli Institute of the Rijksuniversiteit Groningen), Rainer Bacher (Bacher Energie AG), Gerhard Kleineidam (representing Stadtwerke Wunsiedel) and Christian Kusmitsch (UBIMET GmbH Vienna). The focus of the discussion were the potential opportunities and expectations for participants regarding the ERA-Net SG+ Call.
Afterwards a get-together and a networking event took place in which various organisations from European countries participated based on their cooperation profiles on the B2match matchmaking platform. A number of bilateral meetings took place in which collaboration interests and/or project ideas were successfully discussed. 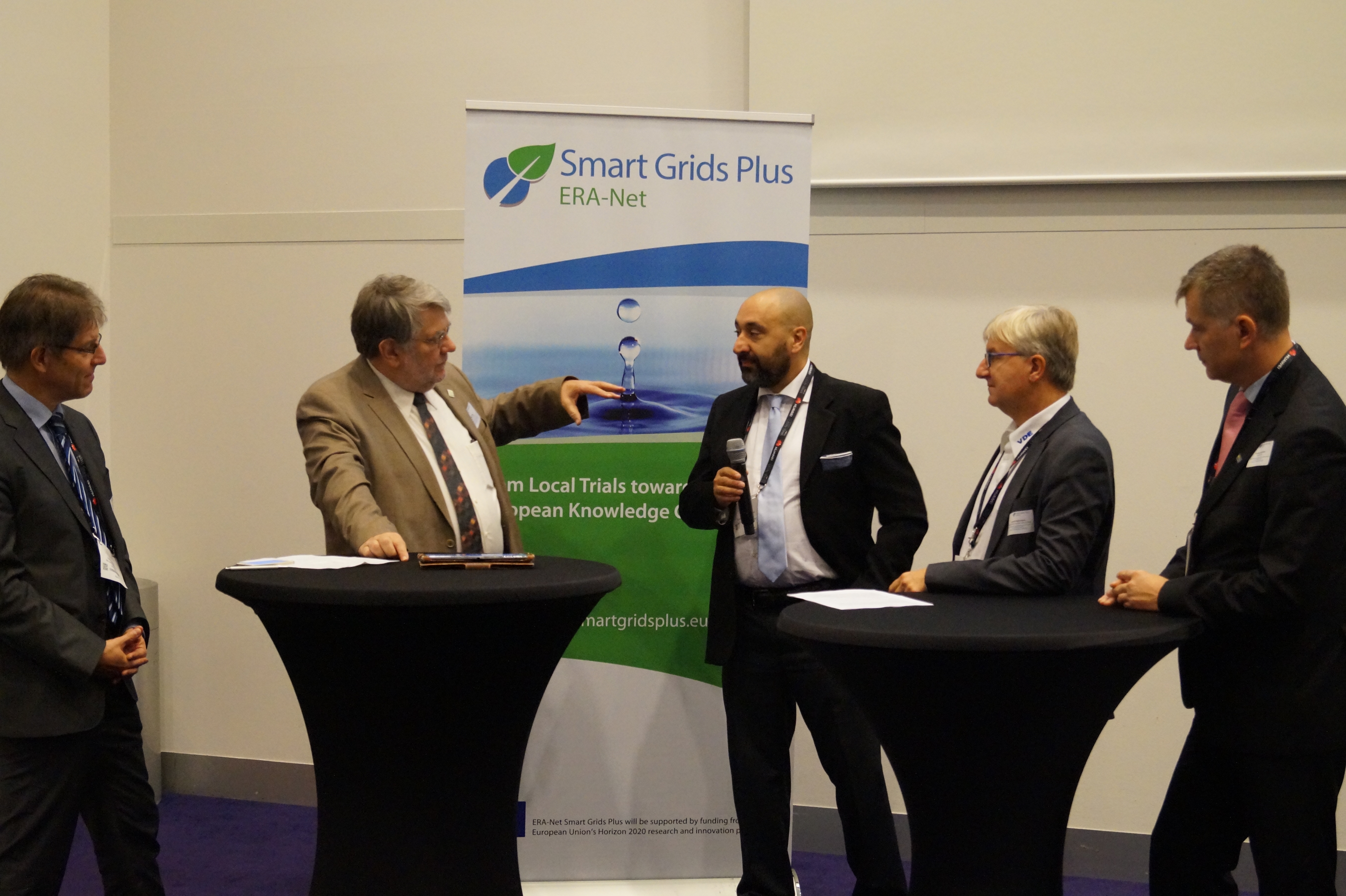 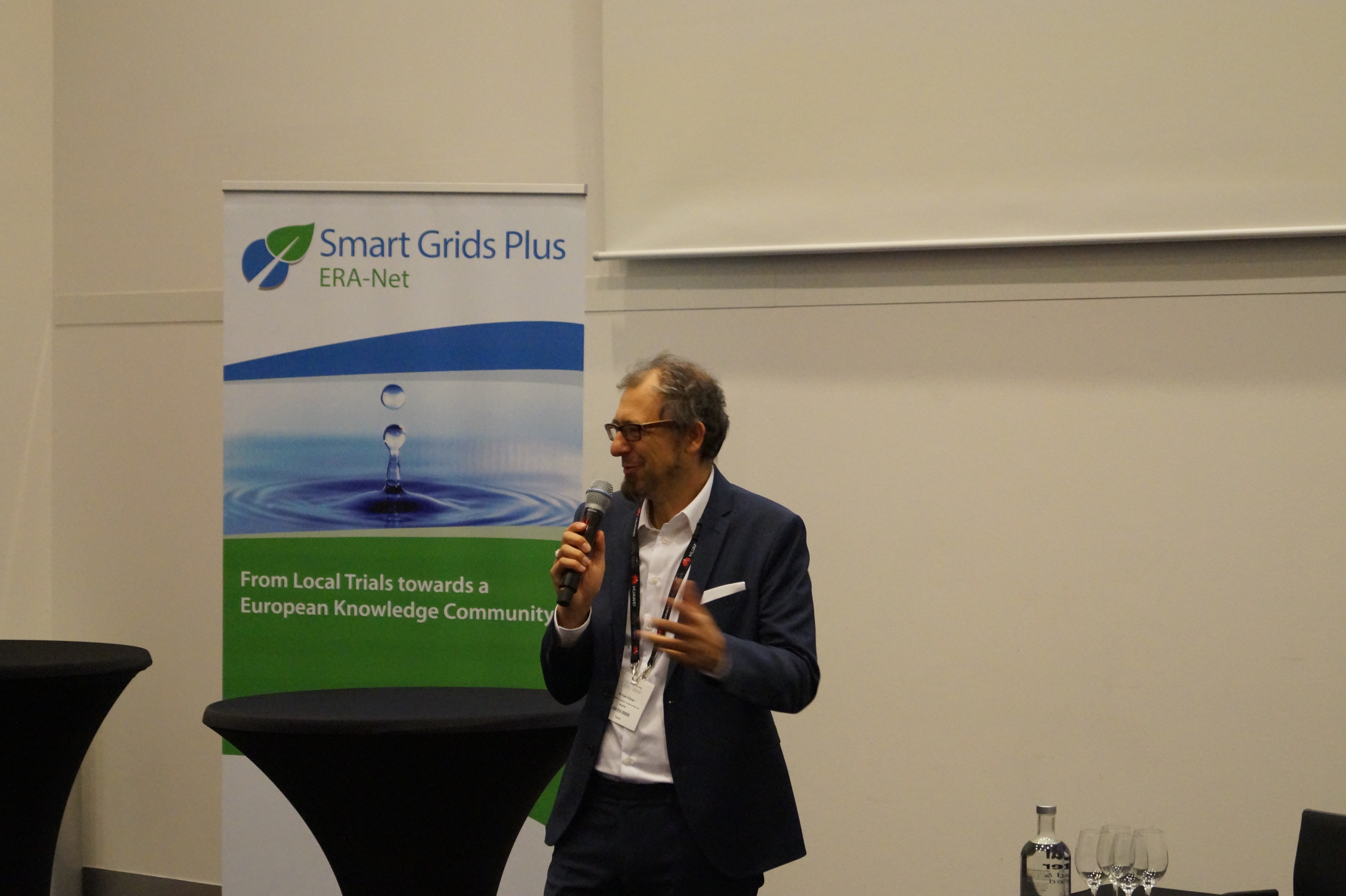